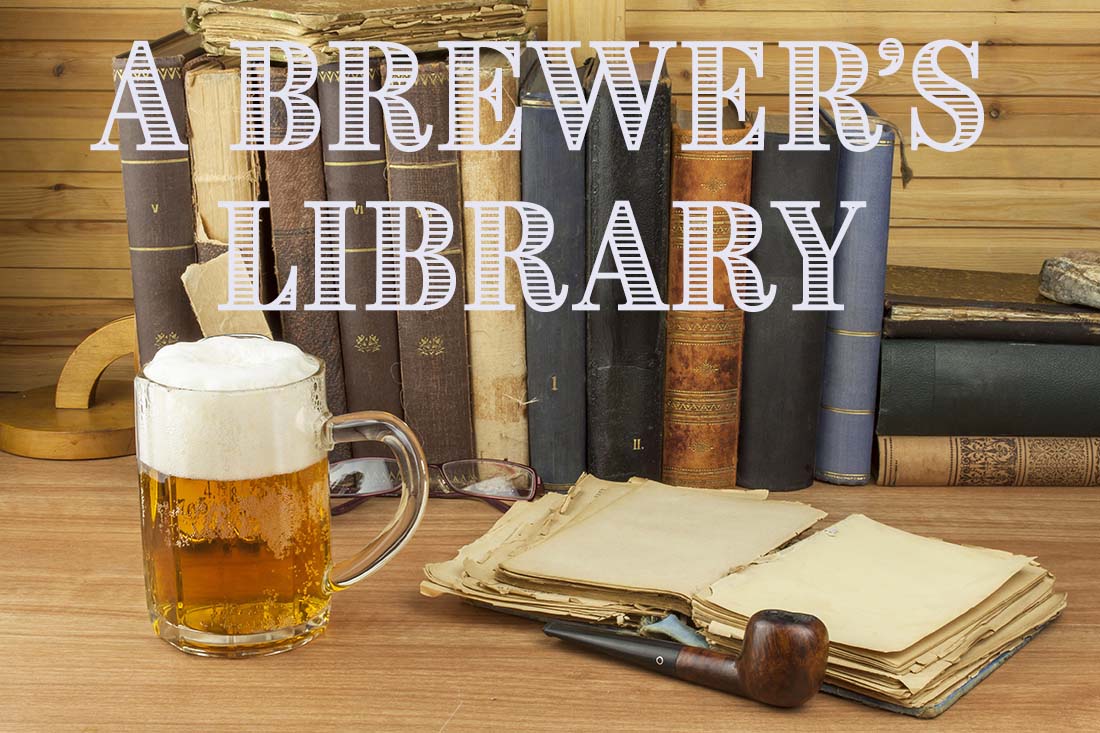 I first got started in homebrewing at the tender age of six, helping my dad make his first batches on the kitchen stove. He brewed on and off from then until I was in high school, accumulating more than a few boxes of homebrewing miscellany along the way. When I started brewing again in college I took the liberty of “borrowing” some of his old equipment and discovered that he had picked up a handful of brewing books during his years in the hobby, among them a well-thumbed copy of the second edition of Brewing Quality Beers. For me, as for many of you, it became my primer on the brewing process and the nucleus of what has now become a fair-sized brewing library of my own. While there are dozens, if not hundreds, of books related to homebrewing, it’s fair to say that there are a few that stand out from the crowd, and I believe that any serious homebrewer would benefit tremendously from having them in arm’s reach any time during the brewing process. 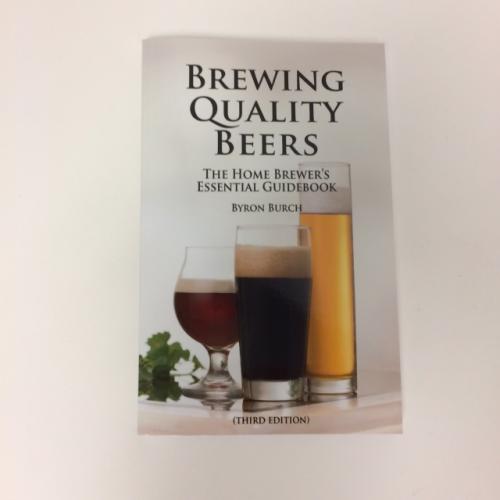 First, naturally, is Brewing Quality Beers, 3rd Edition, by Byron Burch, founder and latter-day owner of The Beverage People. Even with the extent of my reading as an associate at The Beverage People, I would have trouble naming another homebrewing guide that combines clarity, relevance, and brevity with quite the same skill. The 3rd edition has been reorganized, expanded, and updated with new recipes (including the Imperial Stout that won Byron “Homebrewer of the Year” in 1986) and discussions of new brewing ingredients, while retaining the well-honed core instruction set that has set so many homebrewers on the path to great beer. Need to know why all the cool kids are talking about Mosaic? Trying to learn about decoction mashing? BQB is the place to start. Of course, as the extensive annotated bibliography demonstrates, BQB is by no means an absolutely complete guide to homebrewing; though it manages to touch on essentially every major aspect of the craft, it is left to other volumes to treat each subject in depth. It’s a good idea to read through the bibliography even if you don’t intend to buy any other brewing books right away, as Byron’s notes never fail to entertain even as they educate you about the wide world of brewing literature. 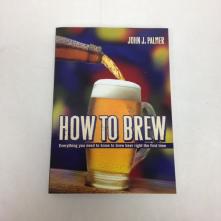 Of course, many homebrewers end up chomping at the bit to graduate to a more nuanced knowledge of their hobby, and one book in particular - How to Brew by John J. Palmer - has become my personal mainstay as I gain knowledge and skill as a brewer. How to Brew aims to provide “everything you need to know to brew beer right the first time,” and while the book does accomplish that goal admirably, it gives you little sense of the scope of the book. To take one example, where BQB has a section in the “Ingredients” chapter discussing the qualities of the different brewing malts, How to Brew has an entire chapter called “Understanding Malted Barley and Adjuncts”. It includes treatments of the malting process, malt flavor development via different malting procedures, and information on how to read malt analysis sheets in addition to an extended discussion of the various malts in the four broad malt categories (base malt, kilned malt, roasted malt, kilned & roasted malt). With some exceptions, the same depth can be found throughout the book. Another advantage for those with some hard-won brewing experience is the inclusion of a chapter on troubleshooting. One of the frustrations every homebrewer must face is ending up with a batch of beer that just didn’t turn out right, and here you can rely on Palmer’s expertise to help figure out where you went wrong. Overcarbonated bottles? Could be bacterial contamination. Strange aromas? Check your fermentation temperatures.

I mentioned that there were some exceptions to the depth found in How to Brew; one such exception is Palmer’s treatment of recipe design. For this reason, Designing Great Beers by Ray Daniels is an essential addition to every brewing library. As the title implies, the book’s focus is on giving you the information you need to craft the kind of beer you want from the ground up. The core sections, called the “Style Chapters,” break down the characteristic composition of classic beer styles across both commercial examples and National Homebrew Competition finalist beers. Thus, after reading Designing Great Beers, you would know that the middle-of-the-road, dead-average American Pale Ale contains 87% pale malt, 8% caramel malt, and 5% CaraPils malt, 1.050 original gravity, and 40 IBU derived mainly from Cascade hops. Of course, the reason that’s a middle-of-the-road pale ale is because there is some degree of variation allowed within a given style, and Designing Great Beers does an excellent job explaining both the tolerances of any given style and the historical background that led to those variations. Even better, for those of us with a “get to the point” attitude, each Style Chapter has a final one-page summary of the key aspects of a style as discussed. 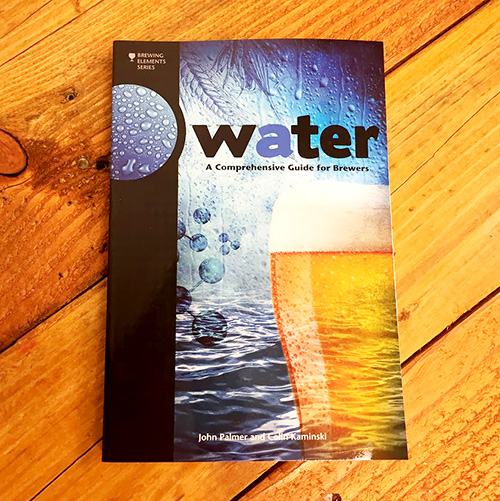 Now, there are those of us who brew, and then there are those who brew. For those homebrewers who really want to understand the nuts and bolts of brewing, any reading list must include Water: A Comprehensive Guide for Brewers by John Palmer and Colin Kaminski. This recent addition to Brewer’s Publications Brewing Elements Series is perhaps the first treatment of the subject where effort has been made to make the complex subject of brewing water chemistry comprehensible to an audience that includes homebrewers. Make no mistake, though: this is a technical book! Moderate understanding of chemistry concepts like “pH,” “equilibrium,” “alkalinity,” and “titration” is helpful in getting into this book, but if you work at it you will be rewarded with a deeper knowledge of how to make your homebrewing an exact science in your quest for the perfect brew. Homebrewers will likely be particularly interested in Chapter 5, “Residual Alkalinity, Malt Acidity, and Mash pH,” and Chapter 7, “Adjusting Water for Style,” though both of these chapters build on concepts introduced in the earlier chapters of the book. Later chapters discuss water issues relevant to larger brewing setups verging on small breweries and are meant as an introduction to issues such as wastewater treatment rather than a comprehensive guide.

On the opposite end of the spectrum lies The New World Guide to Beer, Michael Jackson’s classic exploration of brewing history, styles, and traditions across the globe. Whereas Water is a hard-nosed treatise on a crucial aspect of brewing science, The New World Guide is manifestly un-technical; the prose verges on poetry as Jackson rhapsodizes on the Hofbrauhaus in Munich or discusses the provenance of Czech pilsener. Over twenty different brewing countries are represented (though Germany alone occupies nearly a fifth of the book) and brewing styles are discussed in thorough detail. It is this stylistic information which is most useful from a brewing standpoint; Jackson makes sure to include original gravity, ABV, and IBU information for the beers he discusses, along with a wealth of subjective information relating to taste, appearance, serving customs and notes regarding traditional production methods. No doubt the curious brewer will find much here to pique her interest; I myself was struck by the possibility, mentioned in the section on Berliner Weisse, of producing a beer without boiling the wort! Note that this book has been out of print for a long time and may be had on the secondary market, but not likely to be found on the local homebrew store shelf.

With these five books, I consider my own library to be well-founded, but I fully expect to continue reading and adding to my stock as I grow as a homebrewer. Whether you’re just starting out, have a few brews under your belt, or want to take a well-established hobby to the next level, these books should help you as much as they helped me. Cheers, Alex!