Introduction To Home Brewing: How To Approach Homebrewing 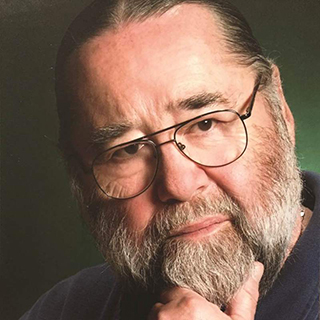 How to Approach Home Brewing

It's a temptation to lump all beginning home brewers together as a single entity, "the beginning brewer," but experience tells me no such stereotype exists. Persons desirous of joining our ranks come from all walks of life. In a dozen or so years of guiding homebrewers, I've seen representatives of every life-style except teetotaling come up to the counter at one time or another, and I've seen happy and successful brewers emerge from all economic, social, and educational levels.

Nonetheless, when an aspirant approaches me. I can't help analyzing him a bit. Attitudes, expressed or unexpressed, often reveal very quickly an individual's potential for success, and sometimes the right word of advice can change things for the better. Is should be said that the vast majority of those who seek out the hobby are able to learn brewing with little trouble, but you, as a beginner, may find it helpful to know some of the things I'd be thinking about is we were speaking face to face. Most of them involve finding a balance between extremes.

The very first thing I'd look for is a willingness to learn. A warning light flashes on when someone says, "I want to make some beer. Do you have any free receipts?" This approach contains an inference that you're not willing to put much effort into the project. To a retailer, this is far more important in the long run than whether he makes a buck or so selling a book, but long before my own book came on the scene, I began using the willingness to buy a book on brewing as the most basic sort of barometer. Most home brew suppliers rely largely on word of mouth advertising, and our first concern is that you make good beer so that you're happy with the results and continue to brew. Our second concern is that you make beer good enough to please your friends when you serve them (as we know you're going to do). If you turn them off with bad beer, it's negative advertising for us, for our trade, and for the hobby as a whole. Be willing to put out enough effort to get sufficient information behind you to see you through the first few batches.

There is, however, a flip side to this question. Don't try to get through too much information before starting to brew. Though not as common a problem as too little, too much data can be as harmful to a first timer. I've seen a number of people over the years start by reading four or five books, planning to amass a considerable body of knowledge. The results, as often as not, is confusion. Many of these would-be brewers never start because they've been intimidated. There are some good text out there written with the beginner in mind. Choose one (and only one). Select a book that offers readable, step by step, instructions, and read through it. If there is something you don't understand, discuss it with us. When you think you've got it, use the book as a cookbook and make up a batch with the book in one hand and a stirring spoon in the other. When the beer is safely bottled, go back and skim through the book again. Anything that didn't make sense the first time probably will now. Don't worry about the fact that you don't know everything there is to know about brewing. Neither do the rest of us.

After you've successfully made three or four batches using your chosen guide, the basic procedure will be routine. Then is the time to begin reading other books. Just about all beginners' books teach one way of making beer. That doesn't mean the author thinks it's the only way. Now that you're not as likely to become confused, explore some alternatives, Just don't try for too much too soon. You should, of course, go on to other authors. You should also factor in your own experience as you gain it. It may sound strange, coming form a home brew writer, but don't ever become too dependent on a single book. It takes time for books to be revised to include the latest information. I remember a few years back talking to a new brewer who'd read my book. I was passing on some new information we'd learned since the book was last revised. He finally took the book out and showed me that I was wrong because is said something different right there on the page! Books are necessary tools, but do your own experimenting. If possible, join a club and share ideas with other brewers.

Another set of potential problems fall into roughly the same slot as the first two, and reflect the same sorts of personalities. The more common is the brewer who's sloppy in his procedures. This one doesn't take much imagination to figure out. I've seen brewers, more that once, add six ounces of hops to a five gallon batch of beer because they just assumed without looking that the hops were packaged for their particular recipe. Often, the sloppy approach to brewing is compounded by a natural tendency to consume a considerable amount of beer while cooking a batch. To be sure, the best time to enjoy one of your homebrews is during wort boiling, but one, or maybe two, should be an absolute limit. Pay careful attention until the beer is safely put to bed. Then relax and enjoy all the homebrews you want.

On the other hand, I've know a few people who were so intimidated by warnings they'd heard or read about sanitation or oxidation that they were actually unable to process their beer. In one or two cases, the beer was left sitting in carboys so long that an infection did have a chance to develop. If home brewing is so terrifying that it's not fun, it's not worth it.
If it's necessary for a new brewer to gather some information, it's just a important to assemble the appropriate equipment. I've seen too many people over the years come in with a recipe on the back of on envelope, describe for me the most primitive sort of equipment and procedure they were intending to use, and leave saying, "If this works out well, then I'll be back to get some better stuff." If I thought it would work well, I wouldn't have been suggesting alternatives for the last twenty minutes. Unfortunately, if you need something, you need is the first time. This doesn't mean you have to buy $300.00 worth of stainless steel to make good beer, but equip yourself adequately.

My last point, is that new brewers should try to make good beer but not focus their goals narrowly on a particular commercial product. Even if you were to do everything right to make Pilsner Urquell, you don't have the same water. Select one or more beer types, and learn to make good beer in that general style. Then you can be happy with your achievement rather than disappointed by your failure.

The preceding article (copyright, Byron Burch 1985) appeared in the Spring, 1985 issue of "Zymurgy" magazine as part of their "For the Beginner" series.