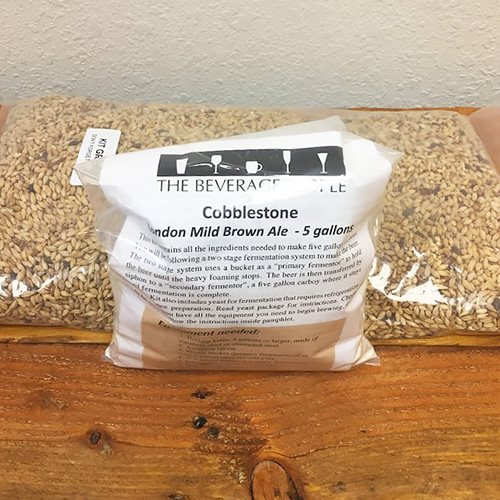 Need more information about this product, or have a suggestion for us?
London Mild Brown Ale. This easy-drinking brown ale originates from the time described in Old British Beers, predating the arrival of pale malts in the 1680s. Earlier malts, dried over fires of hardwood or straw, resulted in ales with a nut-brown color, just like this beer. Originally one of the contributors to the development of porter, London Mild is the starter in the English brown ale series, which progresses through Nut Brown, Porter, and Stout. Also consider enrollment in one of our Upcoming Brewing Classes where we'll help take those brewing skills to the next level.
Specifications